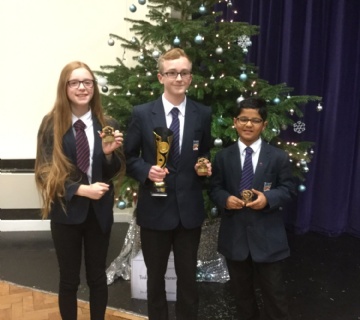 Akshat Goel 11, Lucie Tarr 12 and Ryan Badger 13 attended with fabulous and enthusiastic support from their families.  The students represented Henry Cort in the Year 7 and Year 8 categories.  A spelling bee is a competition in which contestants are asked to spell a broad selection of words with a varying degree of difficulty.